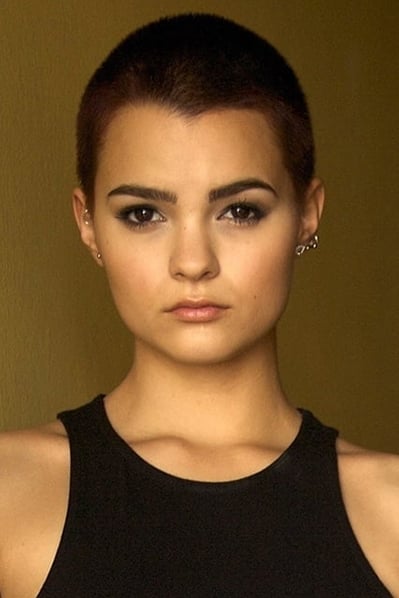 Brianna Caitlin Hildebrand is an American actress. She is known for appearing in the web series Annie Undocumented, and as Negasonic Teenage Warhead in the films Deadpool and Deadpool 2 where she reprised the role, during which her character was confirmed to be the first openly gay superhero in the X-Men cinematic universe. She was also cast as Sasha in First Girl I Loved, starring opposite Dylan Gelula and Mateo Arias. She is also known as Elodie Davis in the show Trinkets on Netflix. In July 2017, Hildebrand was added to the main cast for season two of The Exorcist. Hildebrand was born in College Station, Texas. Regarding her sexuality, Hildebrand has said, "I learned pretty early on that I like both boys and girl. I am lucky to say now that it is not frightening for me living in LA to be gay. Even when I was in Texas, I wasn’t afraid. I was kind of out in high school. I just could never decide on what label. I am glad that I am public about it and I think I should be."